Retired Marine Amy McGrath, the first female fighter pilot to fly an FA/18 in combat mission, on inspiring women to be the leaders we need.
Contact Us 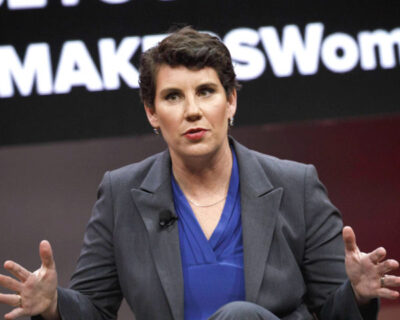 As a decorated U.S. Marine Corps veteran, Amy McGrath did the impossible. Determined to overcome policies that prohibited women from flying in combat missions, she defied the odds and became a combat fighter pilot. Now McGrath inspires audiences with her courageous story, sharing candid stories on the realities of serving in the military as a woman, explains what propelled her to become a pilot, a teacher, and a politician. She encourages women to follow their dreams and pursue leadership positions. 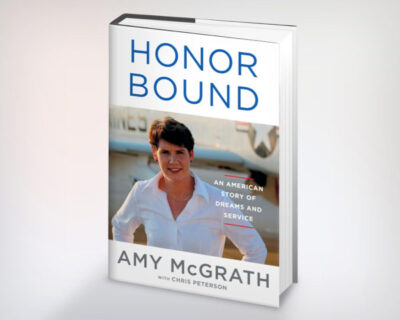 In her memoir, Honor Bound, Amy McGrath describes a life and career of exceeding expectations and paving new paths for those following in her footsteps. During her childhood in Edgewood, Kentucky, she developed a lasting fascination with fighter jets.  McGrath pursued her dream despite the obstacles, eventually earning an appointment at the U.S. Naval Academy and going on to become the first female Marine to fly a combat mission in an F/A-18. She writes, “I was going to fulfill the dream of a fourteen-year-old girl who had heard ‘you can’t’ more times than she could count.” 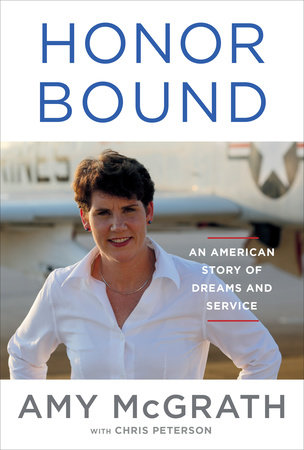 Honor Bound: An American Story of Dreams and Service

The inspiring story of the first female Marine to fly a combat mission in an F/A-18—and the transformative events that led to her bold decision to take on the most powerful man in the U.S. Senate.

Amy McGrath grew up in Edgewood, Kentucky, a childhood shaped by love of country, baseball (the Cincinnati Reds), and, from the age of twelve, a fascination with fighter jets. Her devastation at learning that a federal law prohibited women from flying in combat fueled her determination to do just that–and then, to help change the laws to improve the lives of all Americans.

McGrath writes of gaining an appointment in high school to the U.S. Naval Academy, making it through Marine Corps training, graduating from Annapolis, Maryland, becoming a Second Lieutenant, and raising her right hand to swear to defend the U.S. Constitution, honor bound.

She vividly recounts her experiences flying in the Marines, and her combat deployments to Iraq (Kuwait) and Afghanistan, her work as an Air Combat Tactics instructor—and what it was like to finally fly that fighter jet: high-speed, intense, and physically demanding.

Here is McGrath, training to do the most intense tactical flying there is (think the Navy’s TOPGUN ); meeting the man who would become her husband; being promoted to major and then lieutenant colonel; marrying, having three children, a career and life in Washington and then moving her family back to Kentucky to begin a whole new chapter in politics; her roller-coaster congressional campaign (she lost by three percentage points); and making the tough decision to run again, in an even bigger, higher-stakes national campaign, against the five-term leader of the U.S. Senate, Mitch McConnell. 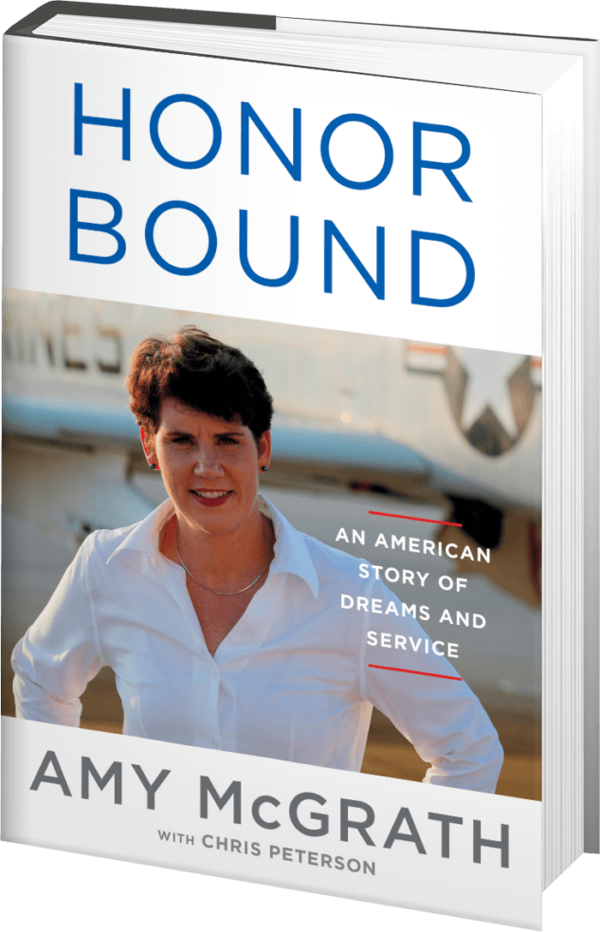 “Lieutenant Colonel Amy McGrath, whose first call sign was ‘Guns’, lays out in her candid and compelling book what it takes to swing for the fences, bust down barriers, and serve with honor.”

—Rye Barcott, author of It Happened on the Way to War; co-founder and CEO, With Honor

“One of the most compelling stories of modern military service and leadership by example, this book is guaranteed to inspire every American to live lives of service. Amy’s story is an example to us all about living with true American values in an extremely partisan and less than honorable political time in our country’s history. She truly is my hero!”

—Kirkus
Learn more about the book 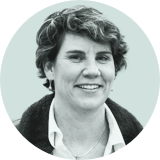 Contact us to discover how Amy McGrath and her memoir, Honor Bound, can foster meaningful conversations about perserverence, equality, and leadership.