Mix and match the perfect program for your company. 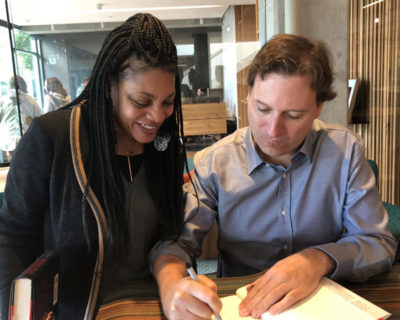 Pulitzer Prize-winning journalist John Carreyrou has extensively covered healthcare and corporate scandals throughout his remarkable career. A dynamic writer and speaker, Carreyrou’s work shines a light on the ways a toxic culture and a visionary leadership built on lies powerfully damaged a team, encouraged corporate fraud, and toppled a company. 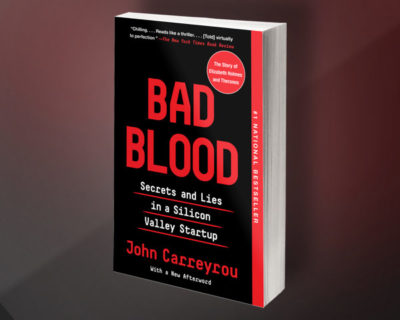 John Carreyrou’s award-winning Bad Blood reveals the downfall of Elizabeth Holmes and Theranos, a “unicorn” company valued at $9 billion at its height. Told with incredible detail and cinematic pace, Carreyrou’s work is riveting. While the story of Theranos is remarkable for the breadth of deceit, Bad Blood offers lessons for every organization regarding ethics, company culture, and leadership.

Using conversation-starting discussion questions, teams can address the ways that communication, culture, and feedback operate in their organization. Click here to download a discussion guide for Bad Blood to use with your team. 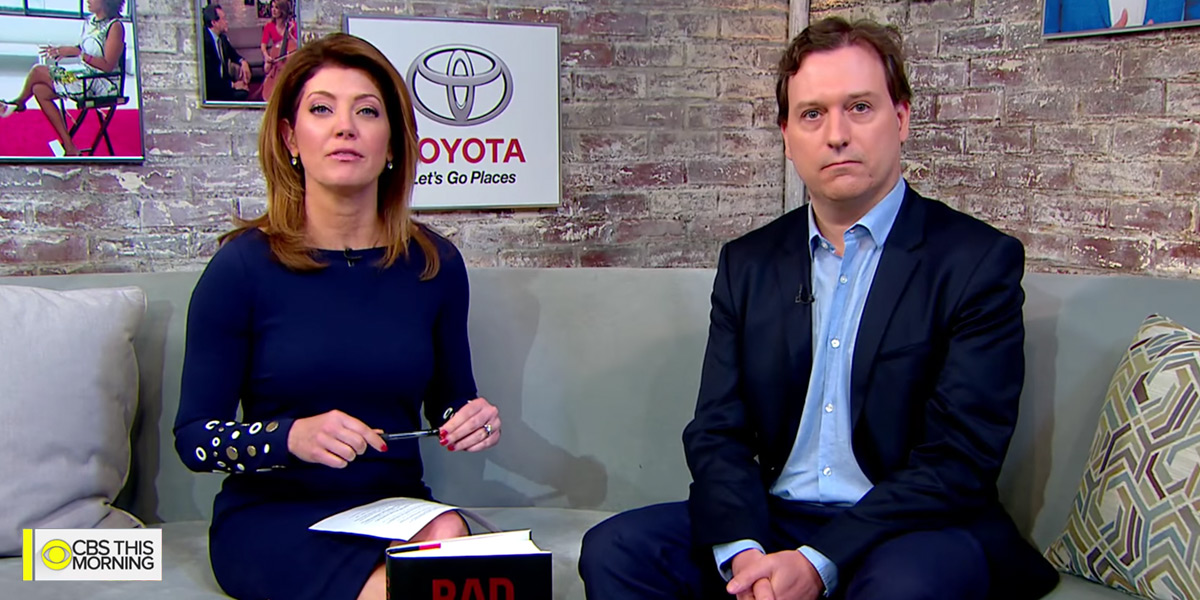 Wall Street Journal reporter John Carreyrou broke the story of the Theranos deception. He joins CBS This Morning to discuss chronicling the company’s collapse in his new book, Bad Blood: Secrets and Lies in a Silicon Valley Startup.

Watch the video
“Very successful. John was very well-received, and the audience was very engaged throughout.”

“The story is even crazier than I expected, and I found myself unable to put it down once I started. This book has everything.”
Bill Gates
“A stunning look into a high-tech hoodwinking; like a high-speed car chase in a book. ” 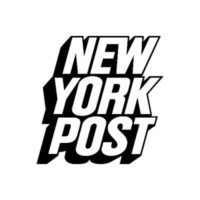 “A full house….he really brought it all to life [and] shared side stories that weren’t included in the book to give us a personal, ‘inside’ scoop. It was thrilling.” 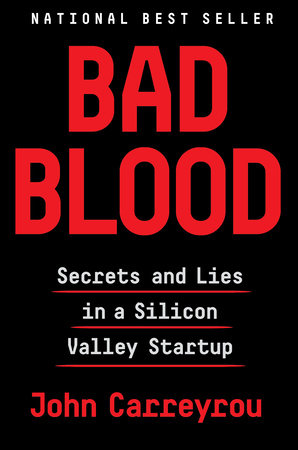 Secrets and Lies in a Silicon Valley Startup

In his New York Times bestselling book Bad Blood, John Carreyrou shares the full inside story of the breathtaking rise and shocking collapse of the one-time multi-billion-dollar Silicon Valley company that rose to fame with the promise of blood-testing technology that never existed. In 2014, Theranos founder and CEO Elizabeth Holmes was widely seen as the female Steve Jobs: a brilliant Stanford dropout whose startup “unicorn” promised to revolutionize the medical industry with a machine that would make blood testing significantly faster and easier. Backed by investors such as Larry Ellison and Tim Draper, Theranos sold shares in a fundraising round that valued the company at more than $9 billion, putting Holmes’s worth at an estimated $4.7 billion. There was just one problem: The technology didn’t work.

With meticulously researched and detailed reporting, Carreyrou provides insight into Theranos’s intensely charismatic, secretive, and ambitious founder, and the very real harm that resulted from her false claims. In his lectures, Carreyrou tells the riveting story of the biggest corporate fraud since Enron, and exposes the ecosystem of investors, journalists, and regulators that allowed it to flourish. 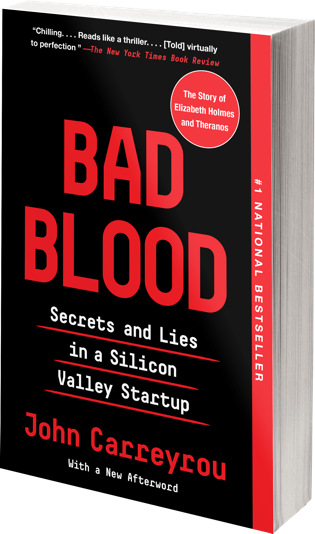 “A great and at times almost unbelievable story of scandalous fraud, surveillance, and legal intimidation at the highest levels of American corporate power.”

“Bad Blood is the real be-all end-all of Theranos information…. Bad Blood is wild, and more happens on one page than in many other entire books.”

“Chilling… Carreyrou tells [this story] virtually to perfection… Reads like a West Coast version of All the President’s Men.”

“The combination of these brave whistle-blowers, and a tenacious journalist…makes for a veritable page-turner.”

“Carreyrou blends lucid descriptions of Theranos’s technology and its failures with a vivid portrait of its toxic culture and its supporters’ delusional boosterism. The result is a bracing cautionary tale about visionary entrepreneurship gone very wrong.” 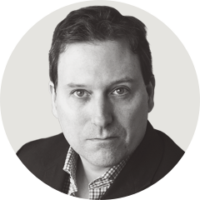 Explore how company culture and leadership matter to every organization.